In this post I’ll be documenting how I built a FreeNAS server for around $440. That’s with all new hardware, none of this “I built a brand new NAS for $100 (because I only had to buy a sound card)” crap…

These were my requirements for my NAS server:

I’m happy to say that I was able to achieve all of those requirements with all new hardware and still stay under my budget of $450.

I really need to give props to the good folks over at r/buildapc. I received some great tips regarding hardware I should buy as well as some friendly troubleshooting when I had a power-supply glitch. Another resource that was insanely useful was the pcpartpicker website. I wouldn’t have been able to build this system for this cheap without that amazing site.

Sadly, despite being a long-time computer enthusiast and a Computer Engineer by trade this was my first PC build, so I was a little nervous that I was going to mess something up and end up with a $400 scrap heap. Fortunately, everything went fairly smoothly. The only hiccup I encountered was when the original power supply I chose (a fanless 350W from Sparkle) died within 5 minutes of turning it on. I returned it and got the Antec listed above with no regrets.

Overall, the build went smoothly. It was a simple matter of following the various manuals and plugging the right wires into the right places. No black magic here. 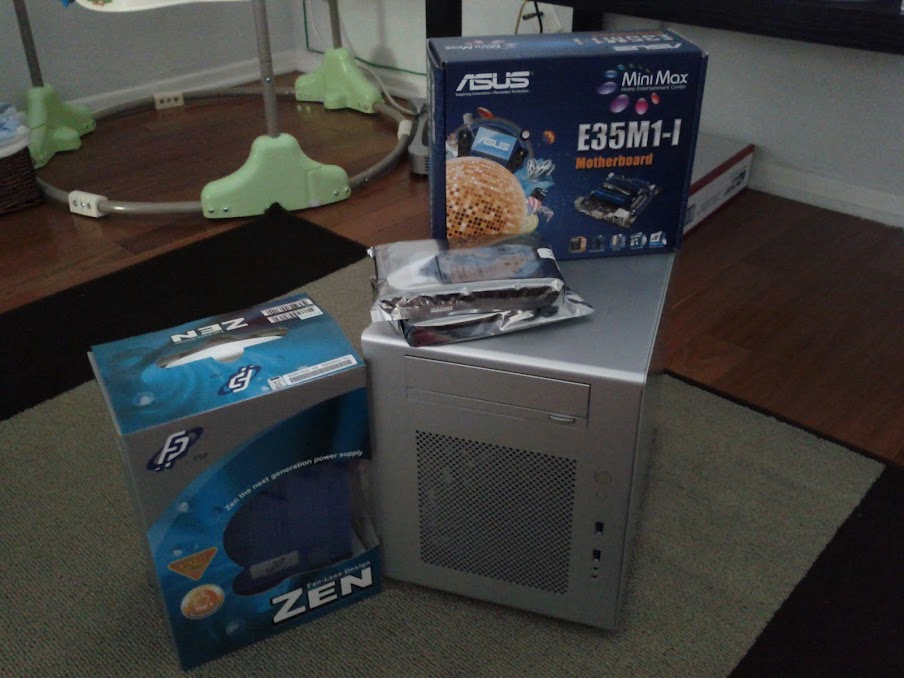 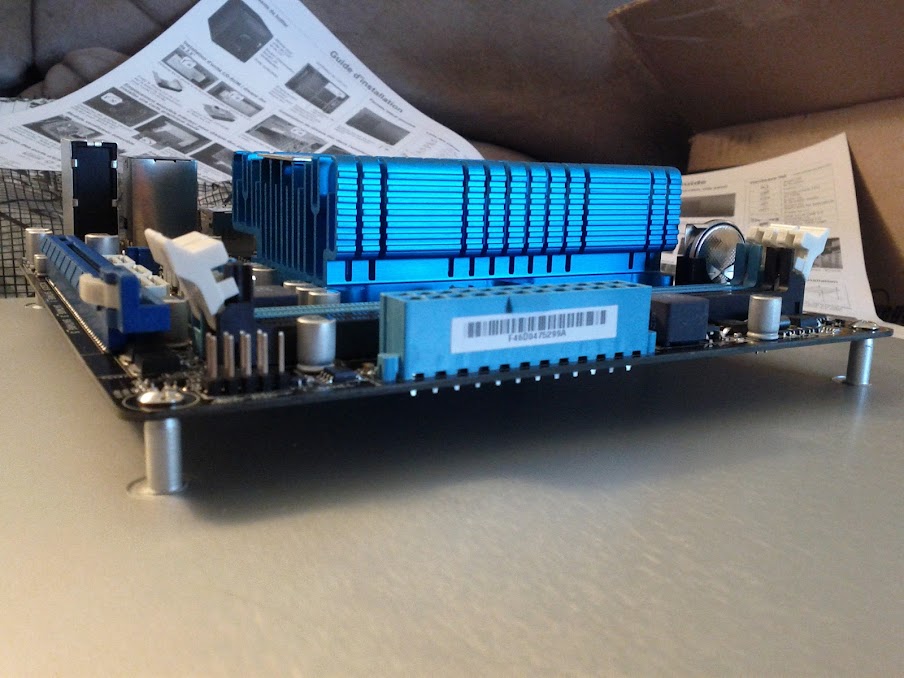 Mounting the motherboard to the case 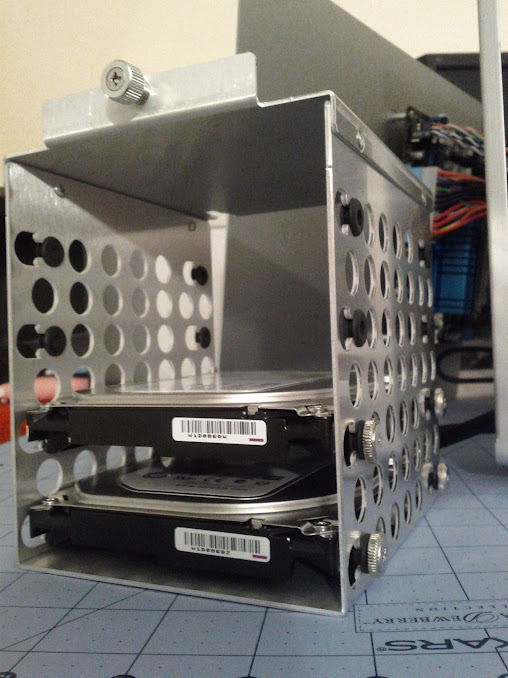 Installing FreeNAS was as simple as dd‘ing the image to a thumb drive, configuring my BIOS to boot it, and then clicking through the FreeNAS web interface.

I’m currently working on building my own custom FreeBSD-based NAS system using nanoBSD since I would like to be able to customize the installation a bit more. Specifically, I want to run handbrake and an http server on my NAS and haven’t found an easy way to do that through FreeNAS. I’ll be sure to write about it here when I get it working. I’ve heard of some people using jails that reside in their storage pool, but I don’t think I want to go that route. If you’re running FreeNAS with custom software please drop me a comment!

My benchmarking method was to transfer a 1GB file to the NAS via NFS.

I was able to max out the 100 Mb/s NIC on my desktop machine:

That’s 1 Gigabyte in ~87 seconds, so we’re looking at about 11.5 MB/s, or 91 Mb/s. I performed the same test several times and my timings never varied by more than a few hundred milliseconds. After factoring in the overhead of the network stack of my OS I think it’s safe to assume that the NIC was saturated. In other words, I don’t really know how fast this thing is capable of moving… But it’s at least 100 Mb/s :).

The system also handled the load with no problems at all. Here’s the output of uptime at the very end of the transfer:

Since this is a dual-core machine a .5 load average means that 1 cpu was half-loaded.

TODO. Time to check out a Kill-a-Watt from the local library again :)…